Genetic testing results came back on Zacchaio's scalp nevus tissue (biopsied during his plastic surgery in October). The meeting with the geneticist was long and didn't offer much positive news. Zacchaio has a mutation of the KRAS gene. Since he was first diagnosed with his syndrome, we knew it was caused by one of two mutations (KRAS or HRAS).  KRAS is less frequently seen in LNSS cases (1%) and Zacchaio has the rarest form of the KRAS mutation.

KRAS is one of the most frequently mutated oncogenes in human cancers. A mutated KRAS directs cells to grow and divide in an uncontrolled way. This mutation has been found in high percentages of pancreatic cancers (90% of cases), lung cancers (25% of cases), colorectal cancers (50% of cases), as well as some stomach, esophageal, and thyroid cancers and leukemia. ::insert deep breath here:: Due to the role KRAS plays in cellular pathways, those who have cancer and the mutation are rarely treated with chemotherapy because it is ineffective. Despite continued efforts, there is no known treatment to stop KRAS' function.

What does that mean for Zacchaio? A plethora of proactive screening. He is at a much higher risk of developing the above cancers as well as secondary melanomas of his nevus skin. We are now also plugged into a GI doctor (to monitor his digestive system), an oncologist (to dictate screening frequency), an endocrinologist (to monitor his thyroid and hormone levels), and a GU doctor (to monitor his urinary system). Because treatment options are limited if Zacchaio were to be diagnosed with cancer, there isn't a single body system we can afford to overlook. We will likely alternate between ultrasounds and MRIs of his entire body to keep a watchful eye on any developing tumors/malignancies.

We received official biopsy results for Zacchaio's right arm bone tumor. UCSF had difficulty making a differential diagnosis of the tissue, so they forwarded the sample to the Mayo Clinic for further evaluation. The tumor continues to baffle physicians and pathologists. The next few sentences will contain loads of medical jargon, but I like including it in my blog in the event that there are others searching for similar diagnoses. His tumor has features of a nonossifying fibroma (a common benign bone tumor seen in children), but the spindle-shaped cells are too small for what is typically seen in a nonossifying fibroma. Doctors do NOT see evidence to suggest a malignancy. Zacchaio's lesion has unusual features associated with scalloping of the cortex. Some features suggest it's an intracortical lesion, but based on the x-ray it seems to have a benign appearance.

Since receiving these results, I have e-mailed a few of the top orthopedic departments in the country in hopes that they have seen something that resembles above description. We'll see.

I wasn't thrilled with our last orthopedic visit with UCSF, so we visited a Stanford doctor for a second opinion. He recommended another xray, which I agreed to, as I was anxious about the progression of the tumor. You can see from the picture above that it has grown quite a bit since August. Although the growth is quite alarming and one would logically assume his condition was worsening, the physician said it actually looked better! The cortex of his entire bone looks healthier and stronger. His humerus bone is also behaving in a more "normal" way in that it seems to have further quarantined the tumor with a more distinct border. Zacchaio's arm doesn't appear to be bothering him at all; he is still weight-bearing without any visible discomfort. He will have a skeletal survey (full-body xrays) at the end of January to check for tumors in any other bones.


Zacchaio had a 1-hour EEG last week and was incredibly cooperative with lead placement and fell asleep at the technician's request. We just heard back from the neurologist, and although there were rare spikes (bursts of electrical activity), he reiterated there are absolutely no seizures present. This is great news! We still have quite a few questions for the neurologist regarding spike origination location, whether there will be changes to the anti-epileptic drug weaning plan scheduled for February, etc. We will let you know more as we learn more!

Those of you who follow on Facebook are already aware; those of you exclusively on Zacchaio's blog are not yet. The Anat Baniel Method (ABM) therapy Zacchaio attends each week (3-6 sessions) has been absolutely tremendous for his development! 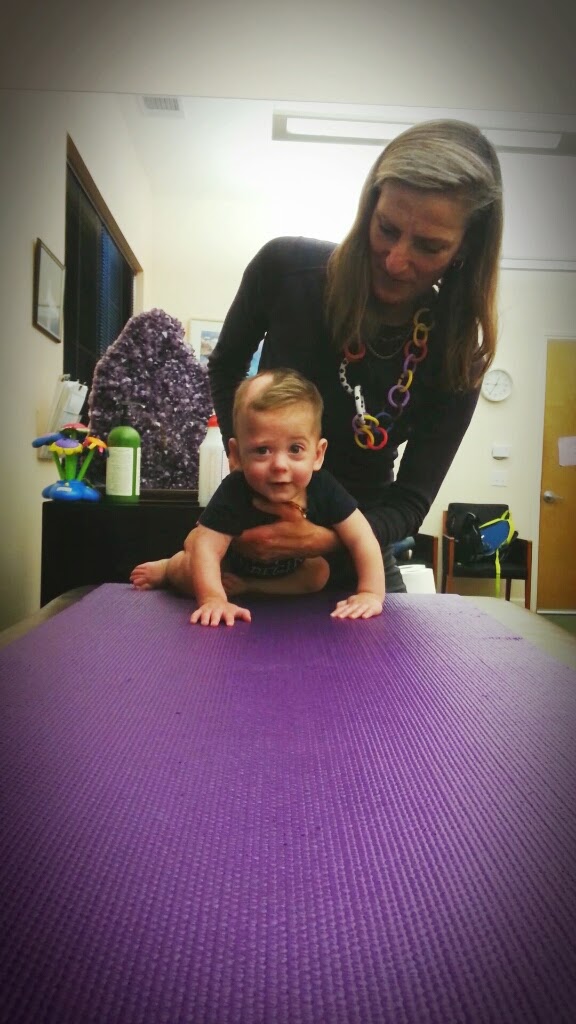 A month ago, Zacchaio was quite behind developmentally. When I last posted we were celebrating his rolling from front-to-back and back-to-front. On Thanksgiving morning, Zacchaio surprised us with...

Today he keeps trying to sneak through the kitchen and out the garage door for some outdoor play with his brother! He has almost caught up with his 9-month benchmarks... There is no containing his excitement for the world and the people in it! Given where we started 11 months ago, I never imagined we would find ourselves here today, almost to Christmas with a beautifully decorated tree, a hilarious 4-year old ham, and a remarkably joyful 11-month old who makes every attempt to undecorate the aforementioned evergreen. Everywhere we go, the festive atmosphere reminds us of the miracle we will be celebrating on Christmas Day. We are so grateful for His love and healing, the continued miracles we witness, and the joy you all bring to our lives. 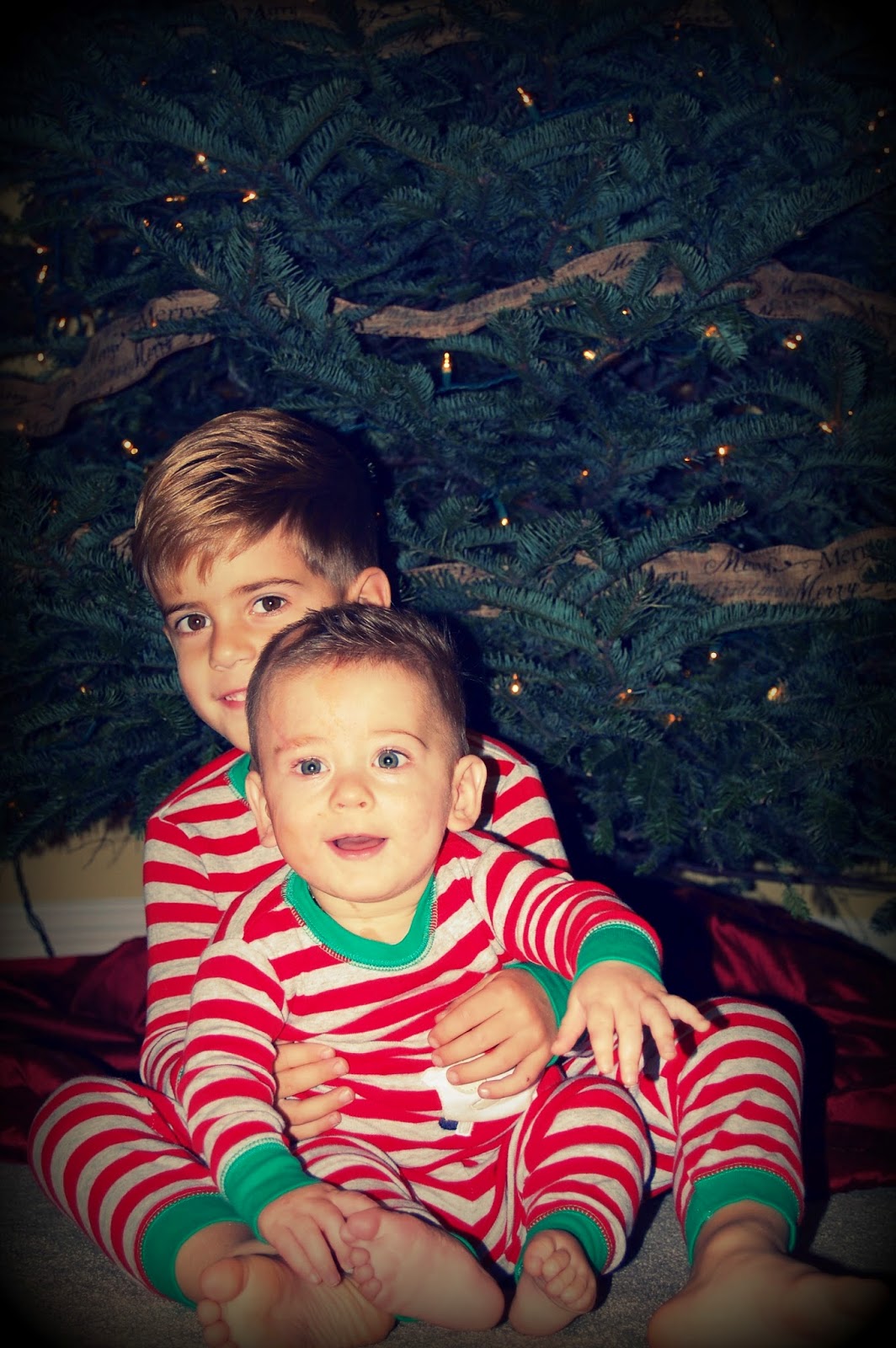 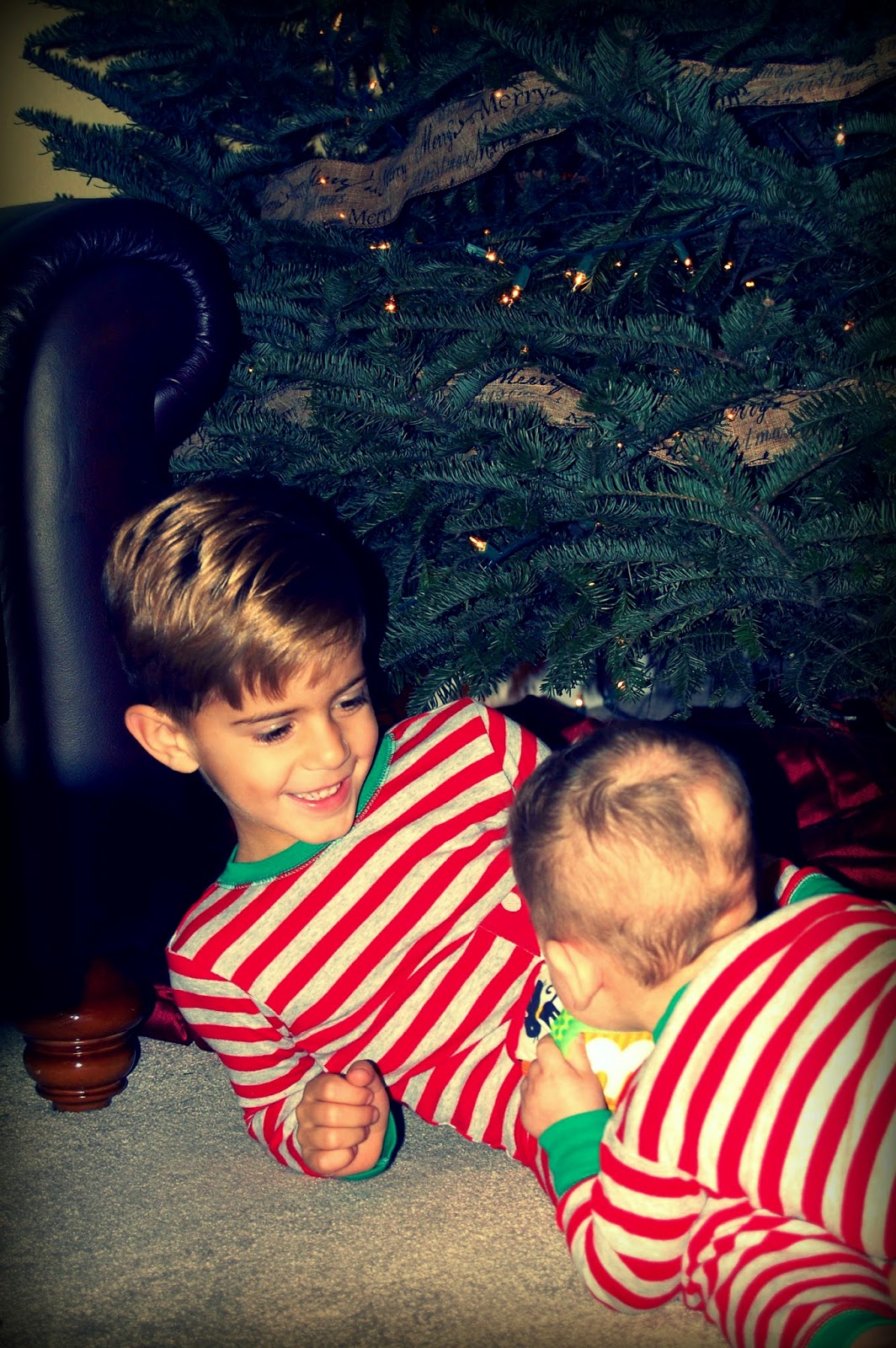 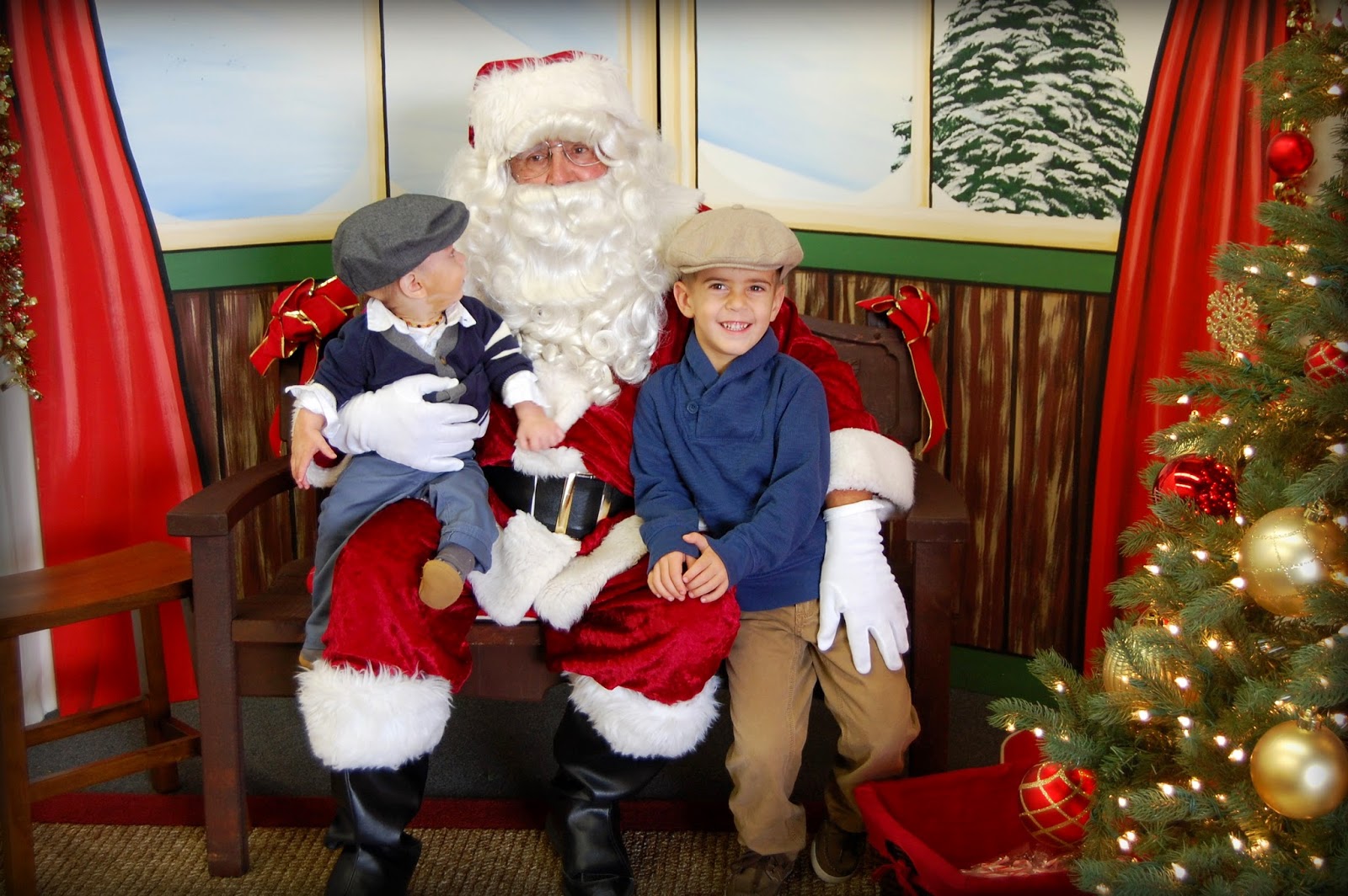 Wishing you all the Merriest of Christmases! May God bless you with his love and peace, and may you find joy in every minute of every day! 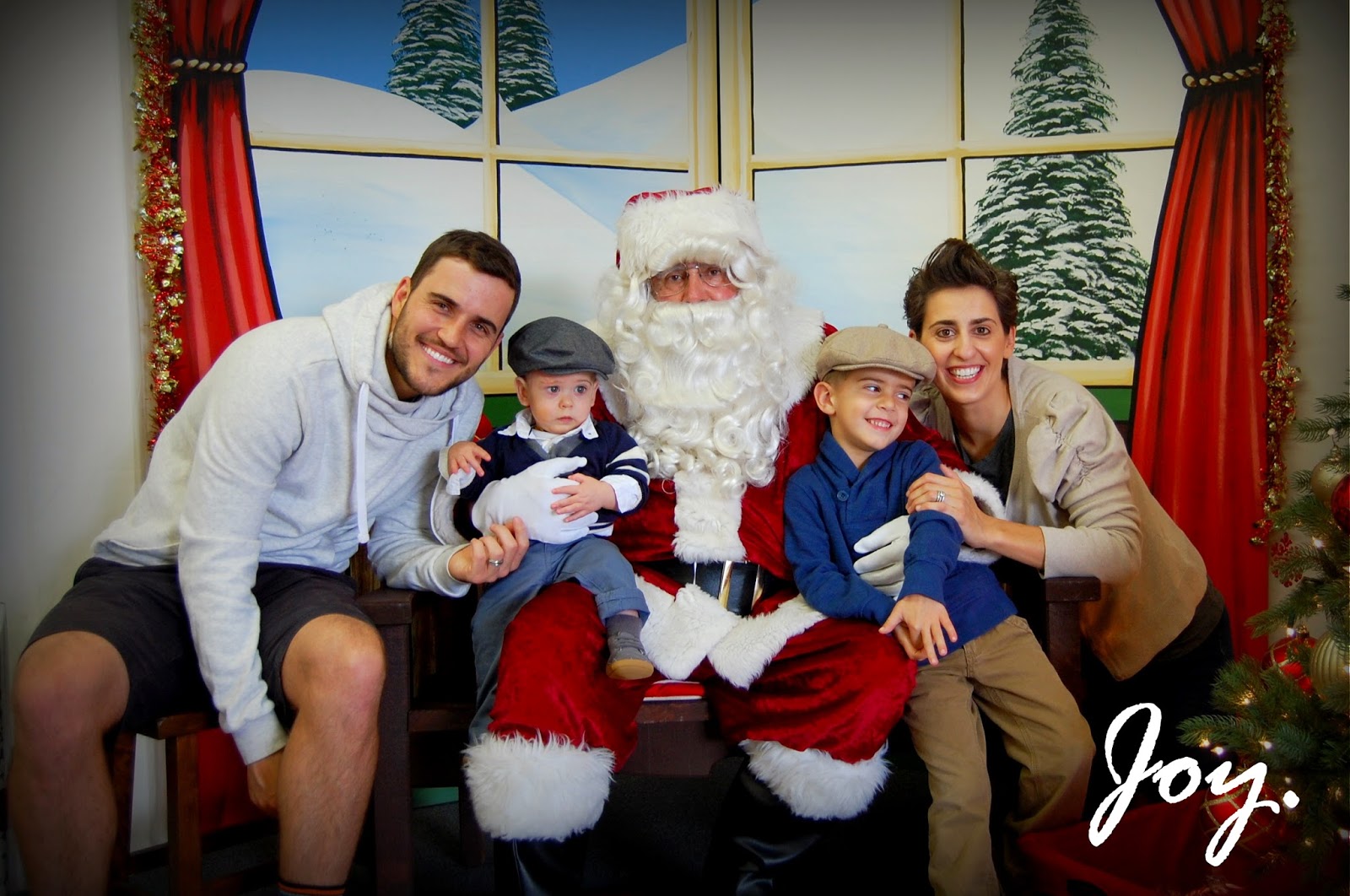 Also, please refer to our previous post, "Save the date!" We would love for you to join us for Zacchaio's 1st birthday celebration!