Aidan officially went back to work last week and I didn't realize how much of a crutch he was until he was gone. The two of us had a system in place that worked so well. One could even call us a well-oiled machine, just one in need of a "sleep mode!" For the next two weeks I have to put my big girl pants on and try my best to come out the other end with a smile, or at a least a crooked one.

I/We feed Zacchaio every 3 hours by first attempting an oral feed (for 30 minutes), then finishing however much milk is left via his NG tube (takes about 40 minutes). As soon as I take a deep breath following the stressful process, we have to start it all over again an hour and a half later. Sprinkle in diaper changes, physical therapy exercises, heart medications, and the endless washing of tubes/bottles/syringes; I'm looking at no more than 10 minutes to remember I'm a human being that has innate needs to remain hygienic, hydrated, and fed. Lately I've been forgetting to do those things.

In the last few weeks I've found it very easy to lose my sense of self. The only way I rediscover myself is when I'm out and about, running errands, spending time with friends and family, throwing Alkaio a mini birthday bash, feeling the warm sun on my ghostly (what is the antithesis of Greek) skin... Pretending we're normal. As difficult as it is to leave home with a special needs baby (and all the supplies that come with him), I've found it's 100% worth the forethought and stress. My alternative is hiding away in our house-cave where all I have to think about is providing non-stop special care to my baby boy. That in and of itself sometimes gets me spinning out of control with grief that "normal" will never be on the horizon. In looking for a little more balance and a little less insanity, I've decided to stop nursing and pumping. I barely have enough time to pump between feeds, and in reality, the quickest way to get Zacchaio's NG tube out is to get him bottle-fed since I'm going back to work at the end of the month.

Through coughs and gags, Zacchaio takes anywhere between 10mL-50mL per feed by mouth with his goal being 110mL. Although our progress is slow, I have to remember to acknowledge that it's progress nonetheless. We continue to pray that the soft cartilage that makes up his larynx stiffens sooner than later. I have found quite a bit of support from other moms of children with laryngomalacia and it seems as if its end ranges anywhere from 6 months to 2 years. It's hard not to wish the time away. Though I cherish my time with Zacchaio, part of me wants to push fast-forward just until the airway problem disappears so we can finally go about our life tubeless. Until then I'll keep experimenting with sleep wedges and milk thickeners in hopes of helping Zacchaio be more successful.

Aidan and I were getting about 4 hours of sleep per night while we were on Zacchaio's every-three-hour feeds. The good news is our pediatrician okay-ed us to trial skipping his 3AM feed, and without it he is still gaining weight! Sleeping 6 hours straight is MAGICAL! Though I'm still somewhat dysfunctional with the 6-month sleep deficit, I'm not nearly as clumsy or reactionary as I was before. I think Aidan appreciates it. :o)

Zacchaio continues to have weekly physical therapy and his neck is most definitely getting stronger. His head still lags when pulling him up from his arms, but if we pull him up from his shoulders he's now able to maintain a neutral head position until he's sitting upright. His head is also still cocked a bit to the right, but its much better than a couple of weeks ago! 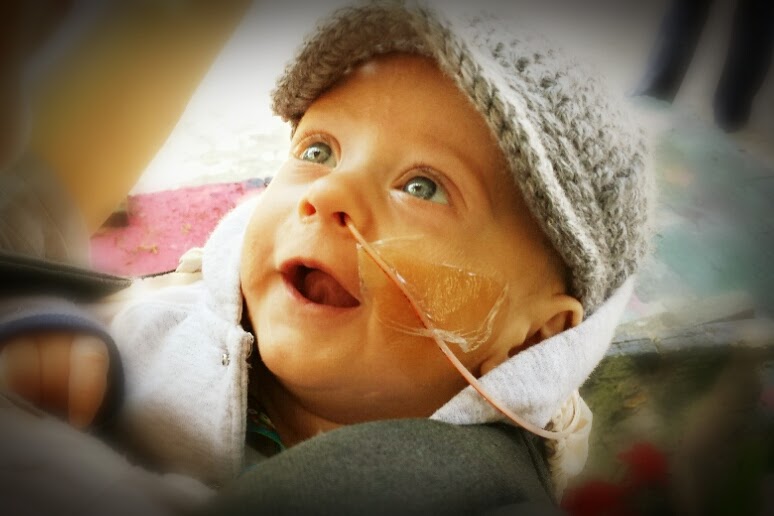 We see cardiology in a couple of weeks and then have surgery scheduled on July 11th (to remove his scalp sebaceous nevus  and aplasia cutis blister). It seems like just yesterday surgery was a distant to-do; it's now frighteningly near.

Thank you to Fr. Tom and Fr. Ninos for Zacchaio's "churching" on Sunday. I was surprisingly overwhelmed by emotion as he was blessed and taken to the altar. We are so grateful for our church family and the prayers that have propelled Zacchaio's healing. He is a child of God and continues to prove that in faith, miracles happen!

Although Aidan and I feel frayed at the edges, there's no untying the knot of unconditional love that holds us and our family together.

Just when I feel like surrendering, I remember that the struggle will make living this life that much more worth it. 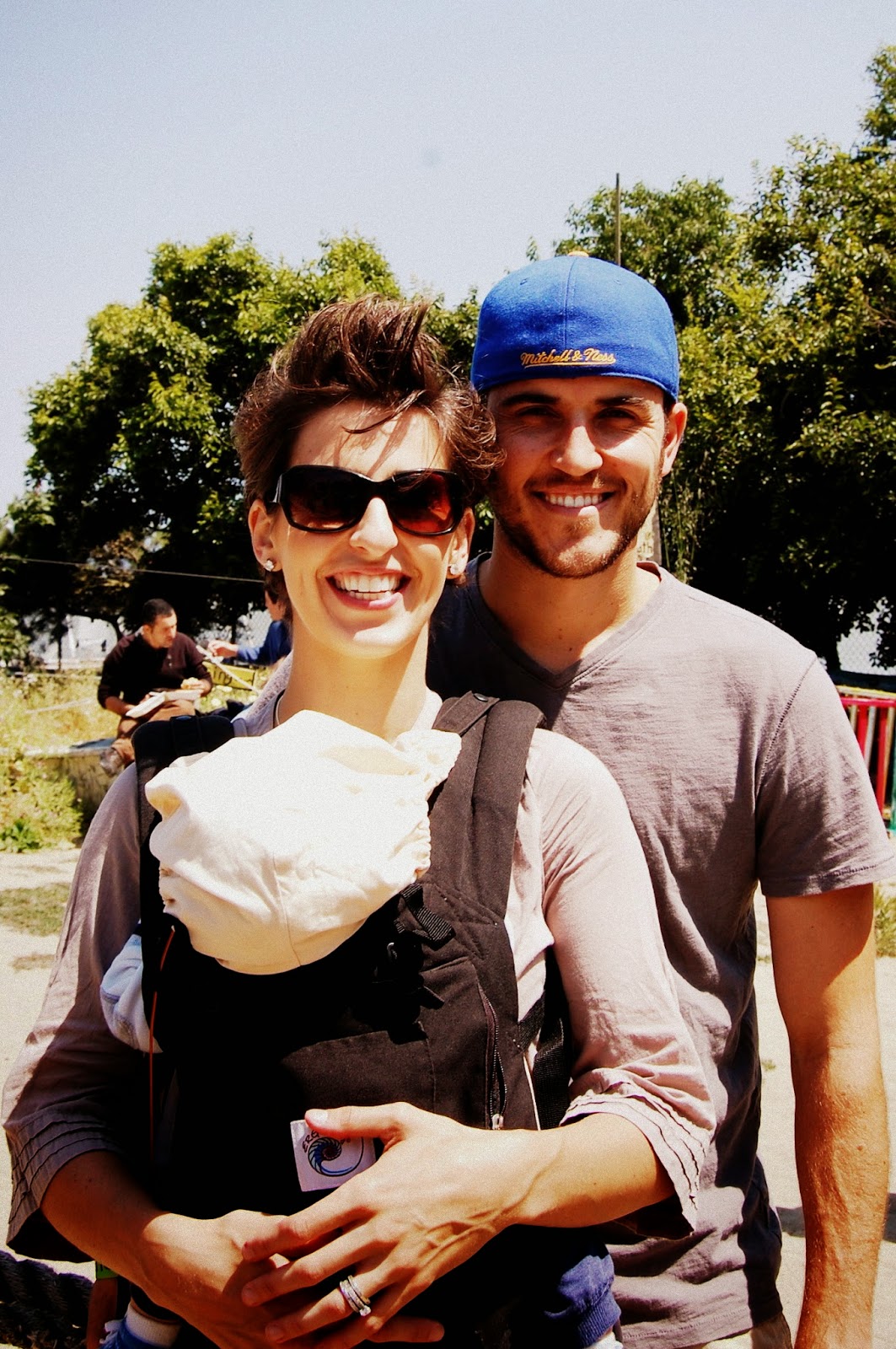 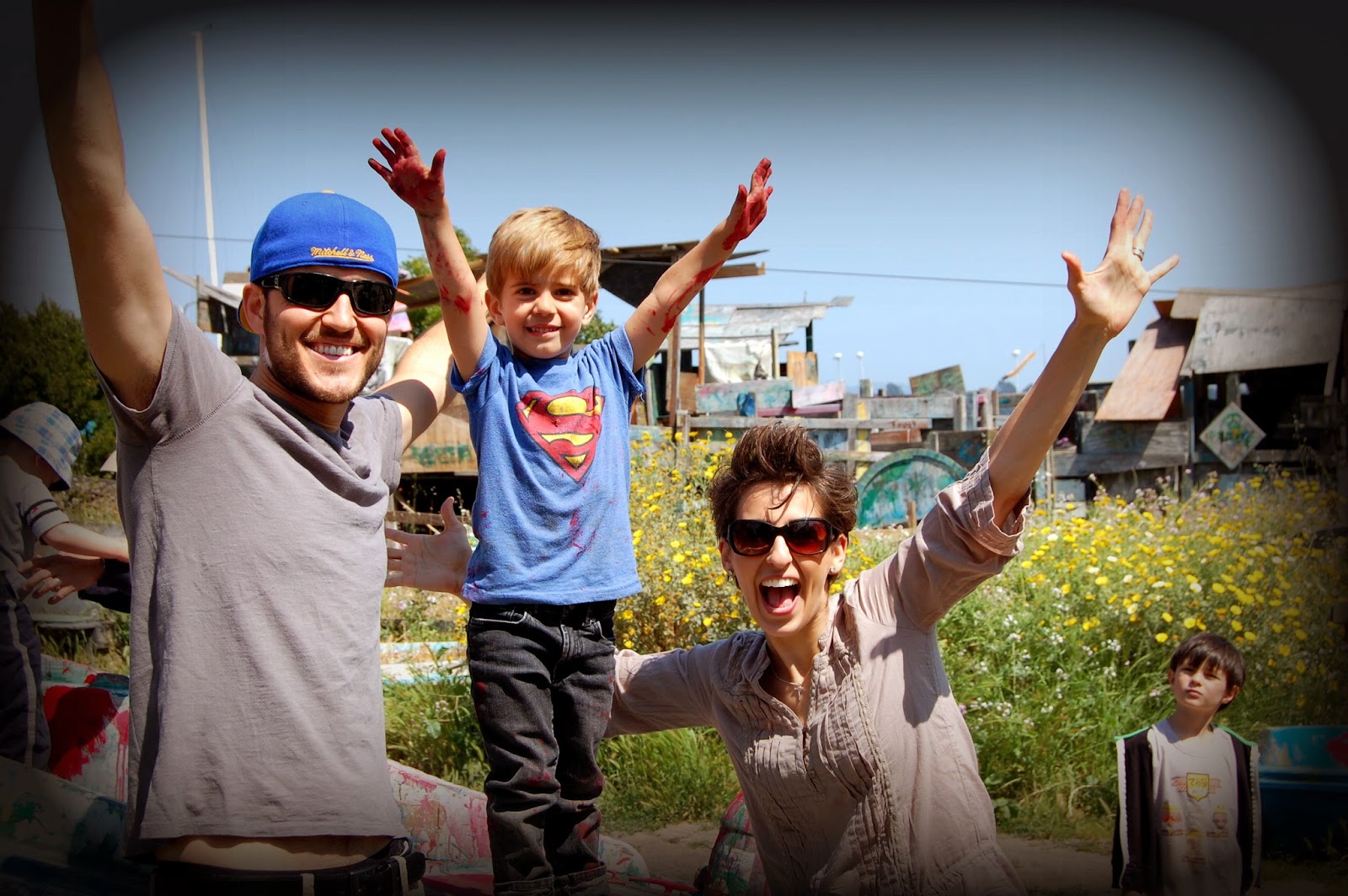