My last post had no resolution. I anticipated this one would, but I was wrong.

Zacchaio was discharged home on Tuesday night after a 6 night stay at UCSF. Being discharged from the hospital is normally reason to rejoice, but knowing we were coming home to a life full of epileptic uncertainties made our departure rather bittersweet.

Prior to leaving, we spoke with our epileptologist, Dr. Cilio. Based on Zacchaio's EEG, he has regular interictal spikes (electrical discharges between seizures) that last 1 second every 4 seconds all over the right hemisphere of his brain. They technically aren't considered seizures because they don't last at least 10 seconds. There had also been no signs of his blue seizures since his admission six days earlier. Although the episodic winking of his right eye appears to be seizures clinically, due to a lack of correlation between them and EEG spikes, she is calling them involuntary motor responses. Per Zacchaio's MRI, no structural abnormalities are causing his seizures, therefore we continue to live in the daily bewilderment of his being. Every epileptic child is a unique puzzle, and every passing day will provide us more clues as to how the pieces fit together.

We enjoyed a decent night of sleep. The first in a long time.

It was an unfortunately eventful day. The antiepileptic medication, Trileptal, was supposed to keep the blue seizures at bay. We were scared and discouraged and realized that Zacchaio needed 24-hr observation until his status was more stable. We alternated being awake with him through the night in 3-hour shifts, hopeful that his seizures wouldn't cluster or last longer than 3 minutes (thus requiring his rescue medication, a 9-1-1 call, and a prayer asking that he sustained no brain damage).

Aidan and I found ourselves struggling in our new role as parents of an epileptic child. Will it always be like this? Will we ever be able to leave the house again? Where do we put the rescue medication so we eliminate the possibility that it's ever forgotten? Can he ever sleep in his bed again? How do we know if he seizes at night? How do we know if he seizes in the car?

We always envisioned ourselves thriving as a family... Right now we were merely surviving.

Friday, June 20th
4 blue seizures (3 in one hour which was nearing the definition of a cluster).
170 winks.

In the moment it felt like his condition was worsening. His Trileptal blood levels should have been more therapeutic and therefore decreasing the frequency of his seizures. We called the on-call Neurologist multiple times on Thursday and just as many times on Friday.

Recommendations evolved with each call:
- "Just be patient and give the medication time to be therapeutic."
- "Is he recovering on his own after seizures? Is he tolerating his feeds?"
- "We're not concerned unless his blue seizures last at least 3 minutes or he clusters 5 seizures in one hour."
- "Let's increase his Trileptal to 2mL from the 1.5mL we've been giving him."
- "I'm thinking we add Phenobarbital back because he was so well-controlled with it in the hospital."

Zacchaio had been diagnosed with epilepsy just one week ago and he was already failing his first anti-seizure medication? I can't say I was surprised. A number of those diagnosed with Linear Nevus Sebaceous Syndrome and epilepsy had failed all mainstream anti-epileptic drugs and succumbed to taking non-FDA approved medications. A bit frightening.

I started taking advantage of my quiet night shifts with Zacchaio and began researching alternative treatments to epilepsy. The two we added immediately as adjunct therapies were:
- Fish oil supplementation (thought to help reduce inflammation in the brain and has decreased seizure frequency in some epileptic patients)
- Frankincense oil (has sesquiterpenes in its molecular makeup and is thought to cross the blood/brain barrier and stimulate the brain in positive ways)

Our Hail Mary treatment option will be called upon if traditional anti-epileptic drugs continue to be ineffective for Zacchaio... Medical marijuana. **Cue the ironical laughter!**

If you know Aidan or me well, you know we are straight arrows. Really straight. We have never had a drink, never tried a drug, and never believed in premarital sex. Neither of us are proponents of marijuana legalization... but desperate times call for desperate measures.

Charlotte's Web is a strain of medical marijuana that is high in cannabidiol (CBD) with no THC (the psychoactive component that leaves you "high").

In the last two years there has been great buzz surrounding the topic with a couple of documentaries (Weed/Weed 2) giving light to the highly controversial and experimental treatment. The treatment was first made available in Colorado upon the legalization of marijuana last year. Hundreds of families with epileptic children uprooted their lives and fled across state lines pursuing a miracle... and a miracle many of them witnessed.

Our epileptologist is currently spear-heading a CBD drug trial for children with intractable epilepsy out of UCSF. Zacchaio cannot qualify to be in the study until he has failed at least four anti-epileptic medications; it's nice to know, however, that incredible resources are at our fingertips.

We're not there yet, but at least mentioning it now will lessen the shock value when you read a future post saying Zacchaio was the first in our family to try weed.

I was finally feeling hopeful...

So where do we stand? We stay home all day taking turns holding our sweet baby boy. We keep tweaking medication doses to find a balance between seizure control and tolerable side effects. We log every blink and prepare for the worst with rescue med in hand every time he starts to seize. We elicit the help of our loving family to take a 3-hour night shift so we're of relatively sound mind to take on another day. 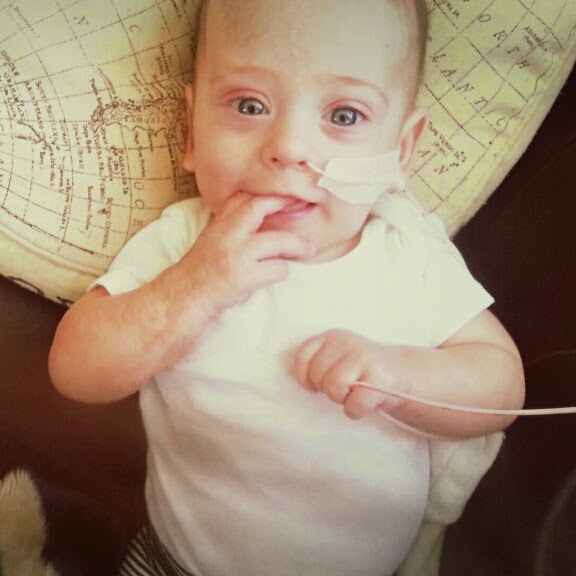 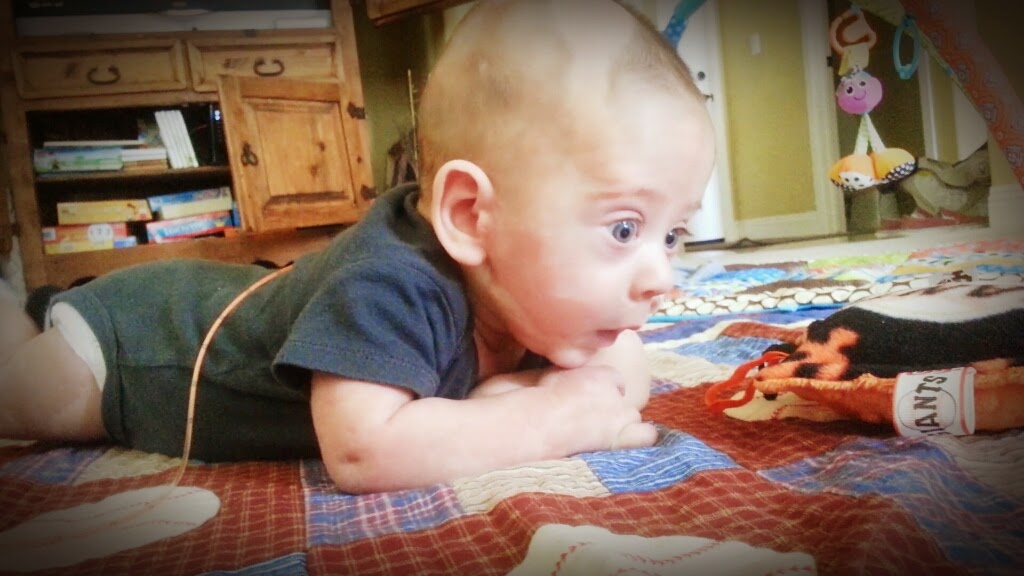 Alkaio remains the incredible big brother he always promised to be. Lots of hugs, lots of kisses, lots of empathy for his brother's hardship, and lots of concern for his upcoming surgery. In an effort to not overwhelm him with Zacchaio's heavily medical environment, we bounce him from activity to activity with friends and family. We're grateful for his understanding and patience as he takes a back seat to his brother.

We continue to fight the good fight as soldiers for Zacchaio. I thank God I have Aidan, who often carries me, the walking wounded, on his shoulders. Praying for peace, strength, and patience. Sending love from our family to yours...
Posted by Alexis KT at 1:56 PM