Since my last post three weeks ago, our family has found itself in cruise control. Not the kind of cruise control where we go unconscious and miss four miles of the road; it's the kind where no one around us is in a hurry, all the windows are rolled down, and every breath of fresh air reawakens our soul as we drive toward the sunrise.

Aidan and I accidentally stumbled on one of Zacchaio's old seizure videos and found ourselves lost for words while tears streamed down our faces. I've mentioned the idea of brain plasticity and how it has benefited Zacchaio's developmental progress, but it's just as incredible how the minds of his parents can so skillfully filter out the bad memories and glorify the beautiful ones. The moments of heartbreak we experienced in the last 10 months seem like a bad dream. We have left desperation behind. We have officially exited survival mode, and I've started envisioning what could be a realistic future for our boy.


I heard this song on the radio the other day and found myself surprisingly emotional.

The music video spotlights a cystic fibrosis patient and resonates deeply (around-the-clock nebulizer treatments included). It sings of the many dreams I have for Zacchaio. I dream that he one day experiences heartbreak, because he was capable of falling in love. I dream that he one day breaks a bone after falling from his bike, because he was capable of riding one. I dream that he one day inspires nonbelievers to trust in God's miracles, because modern medicine can't explain it any other way. I never want his disabilities to hold him back; I want them to inspire him to celebrate every moment he's given. I'm so excited to see what God had in store for our baby boy!

Zacchaio's plastic surgery incision is healing well. For the time being he is unable to lift his right eyebrow due to the severing of the nerves in his forehead, but the surgeon is hopeful that he will regain mobility in the next few months. As for his brain surgery scar, after just three months it has almost faded completely. My memories from his epileptic period have disappeared along with his scar; I can't imagine that's coincidental. Wounds do heal, no matter how deep. 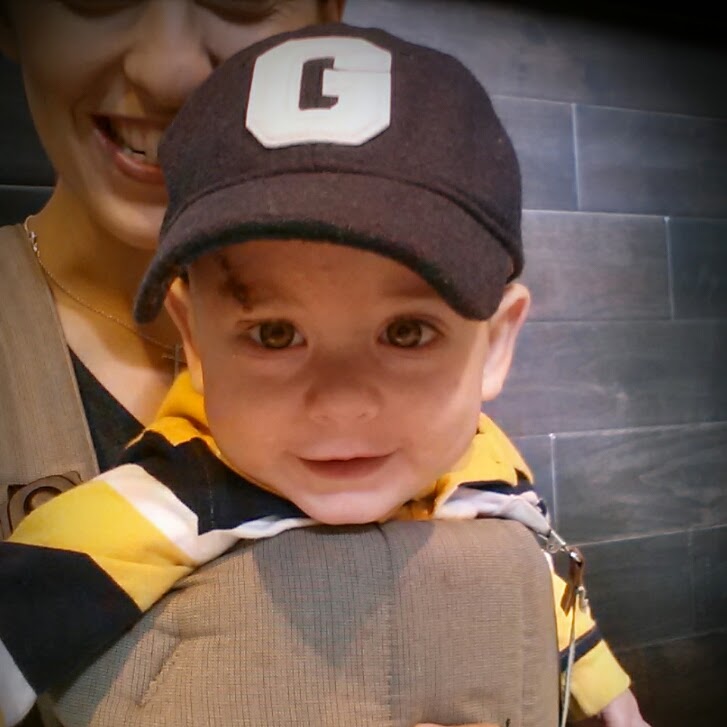 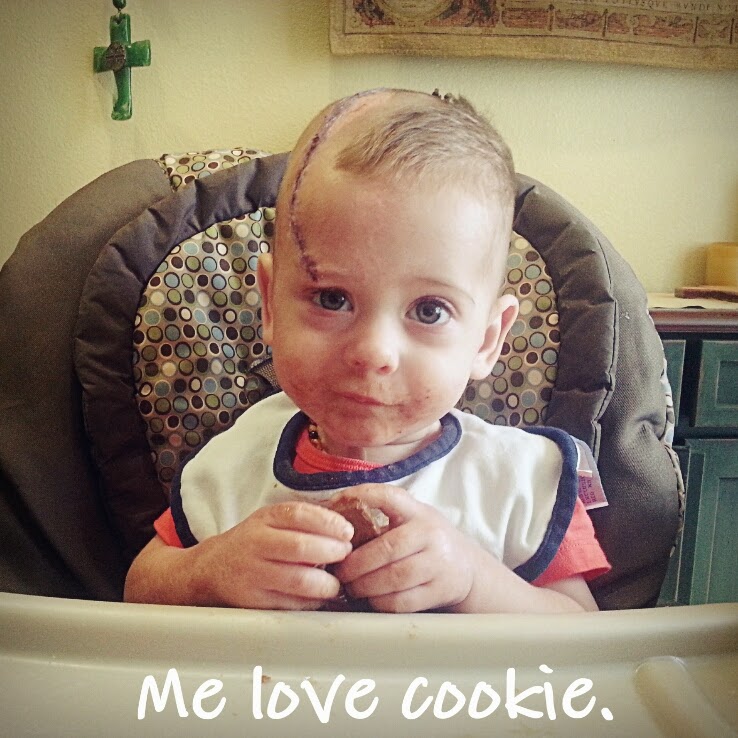 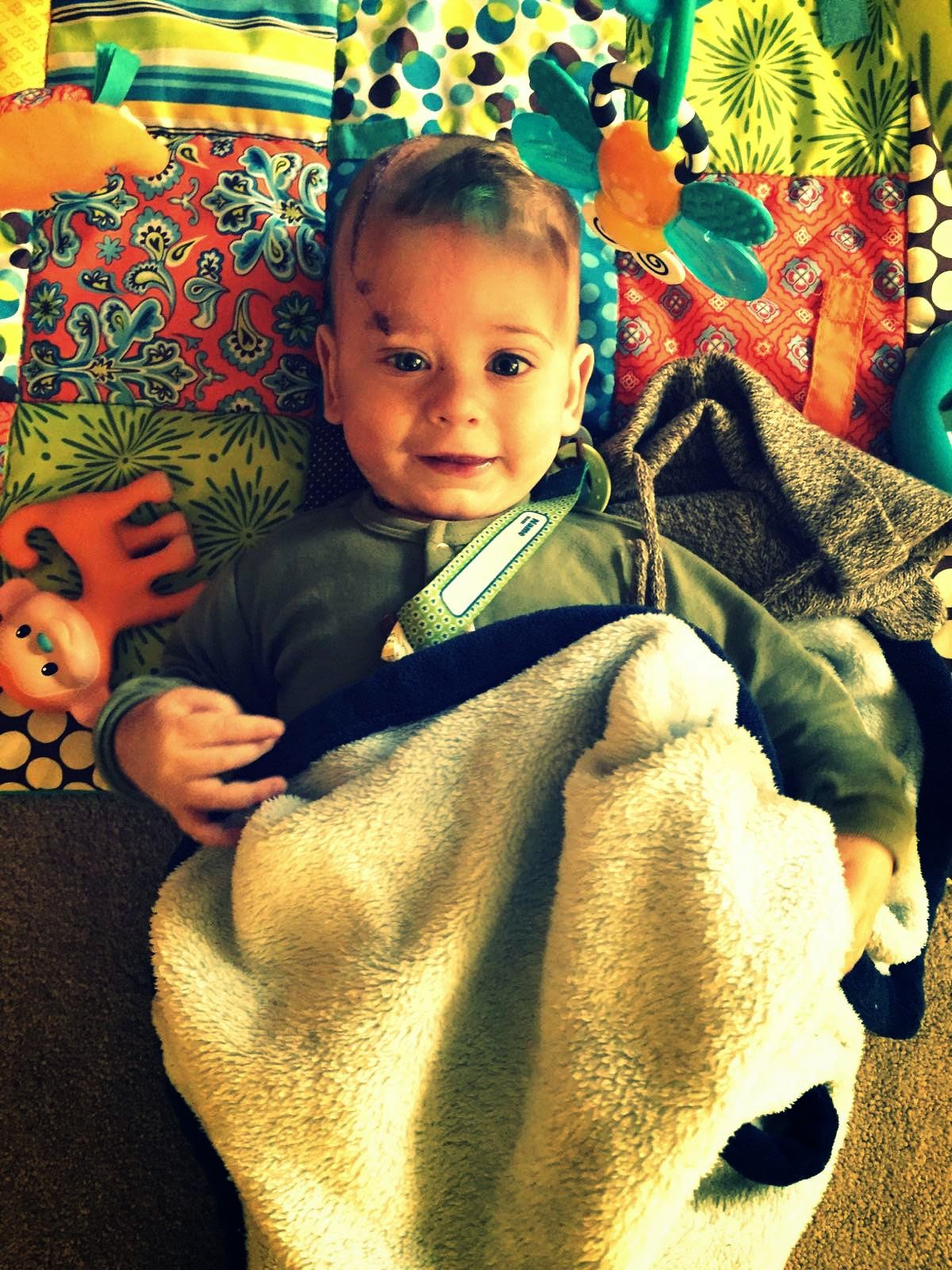 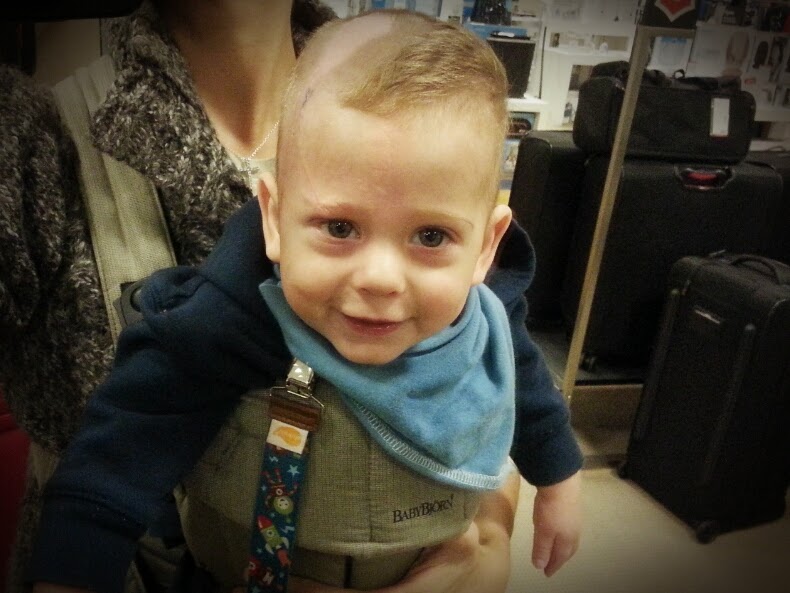 After seeing the dermatologist, we learned that an interesting feature of Zacchaio's nevus skin is that it lacks sweat glands and subsequently the ability to sweat. This was consistent with some of the overheating and mottled skin that he experienced during the last few months; we're now, however, more proactive with strategies to help him compensate.

As for his brain, we are no longer seeing any of the strange happenings we were seeing before. Not a single one in weeks! This allows me to say with much more confidence that he remains seizure-free! Zacchaio will have a follow-up EEG to check for sub-clinical seizure activity in December and we hope it further validates our feelings! We will also start to wean his epilepsy drug, Phenobarbital, in February. While there is potential for new seizures to breakthrough during the weaning period, I am excited for what may be on the horizon. I see how fast Zacchaio is learning while on a drug that inhibits his brain activity and his capacity to learn. I can only imagine what he will be capable of as we give him back all of its function!

Zacchaio's heart has responded tremendously to drug therapy. His cardiologist said we could start weaning him off is heart medications; instead we will approach it conservatively and start the process in January.

We got a call from the orthopedic surgeon's resident today with final biopsy results. Although we received preliminary results that Zacchaio's bone tumor was benign, we were still awaiting further pathology to give us insight about the tumor. UCSF was unable to provide a differential diagnosis for the specimen, so it was forwarded to the Mayo Clinic which explains the three-week wait. Final results stated that he has a benign spindle cell bone lesion. Unfortunately, there isn't much more I can say about it, as I don't have precise enough terminology to do my own research. We should be meeting with the surgeon next week to get a better idea about what it means, whether it needs to be surgically removed, whether it can show up elsewhere, etc.

Zacchaio continues to receive ABM therapy and is making great progress! It's a shame he doesn't enjoy it at all...

His posture has improved (he sits up much higher in his high chair), he is rolling back-to-front and front-to-back consistently, he is making consonant sounds, he is creeping forward, and he is moving too well in reverse (every once in awhile we can see the hope fade from his face as he gets further and further away from his intended target!

He is eager to be a part of the action and even attempts to propel himself out of arms to get to where he wants to go.  He is eating enormous amounts of pureed fruits and vegetables and is rapidly achieving new percentiles on the growth chart. He is playful and has a fondness for music (to the point where we sometimes find him entranced!). The love and admiration Zacchaio has for his older brother is endearing; he is captivated by his every move and every touch. Our big boy, Alkaio, falls a little more in love with his baby brother every day. He validates his developmental gains, comments on his beautiful smile, and especially loves Zacchaio's shared interest in light sabers... 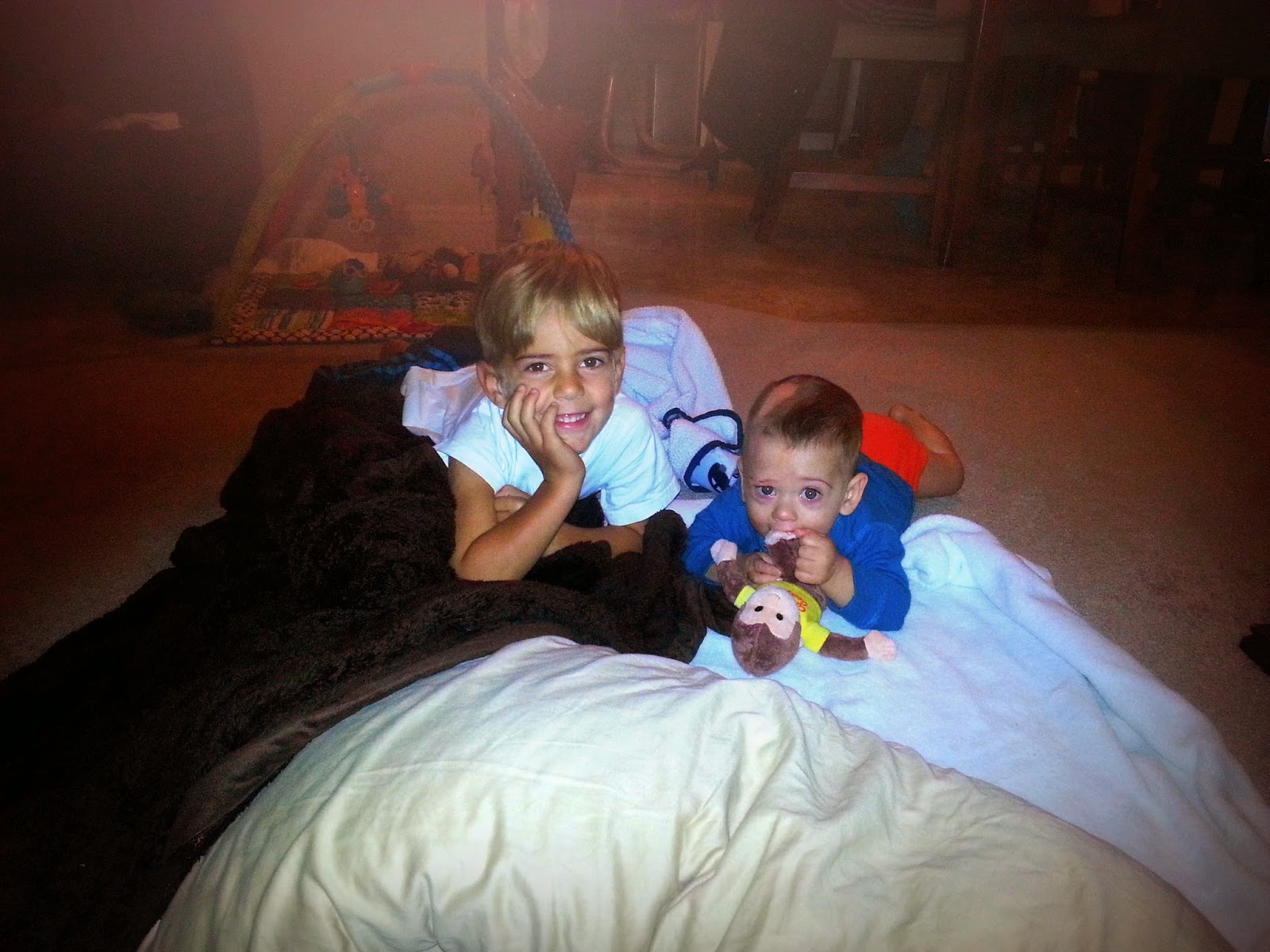 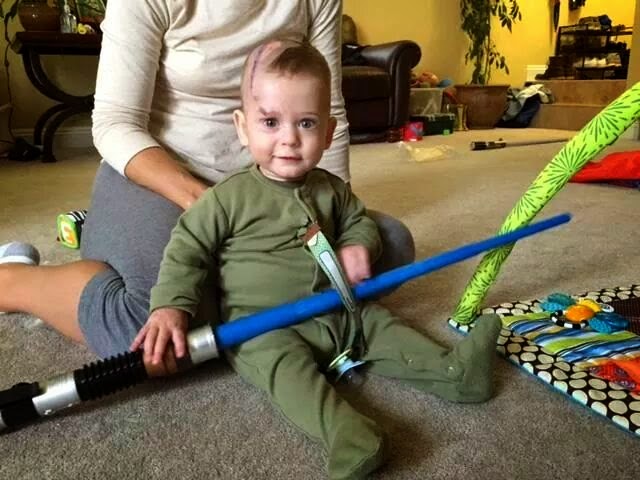 People continue to show their love and support for our Zacchaio in surprising ways! Alkaio has been a toy tester for Leap Frog a number of different times (side note: if you happen to have an interested 3-7 year old who would like to earn Target gift cards for testing toys, let me know!) and had an opportunity to test yet another toy just last week. As we were leaving the offices, a sweet member of the Leap Frog team showed up with four brand-new toys. She handed them to me and said, "We have all been so taken by this little guy's story. He looks so incredible and we are so proud of how far he's come! We can't wait to see what else is he's going to do!"

We pray that his miraculous healing continues, that we never find ourselves complacent, and that we appreciate the beauty in every minute that is to come.

January will mark one year in our baby boy's life and we are thrilled at the opportunity to celebrate all he has overcome! We are planning to have Zacchaio's birthday party in January and look forward to celebrating with all of you! 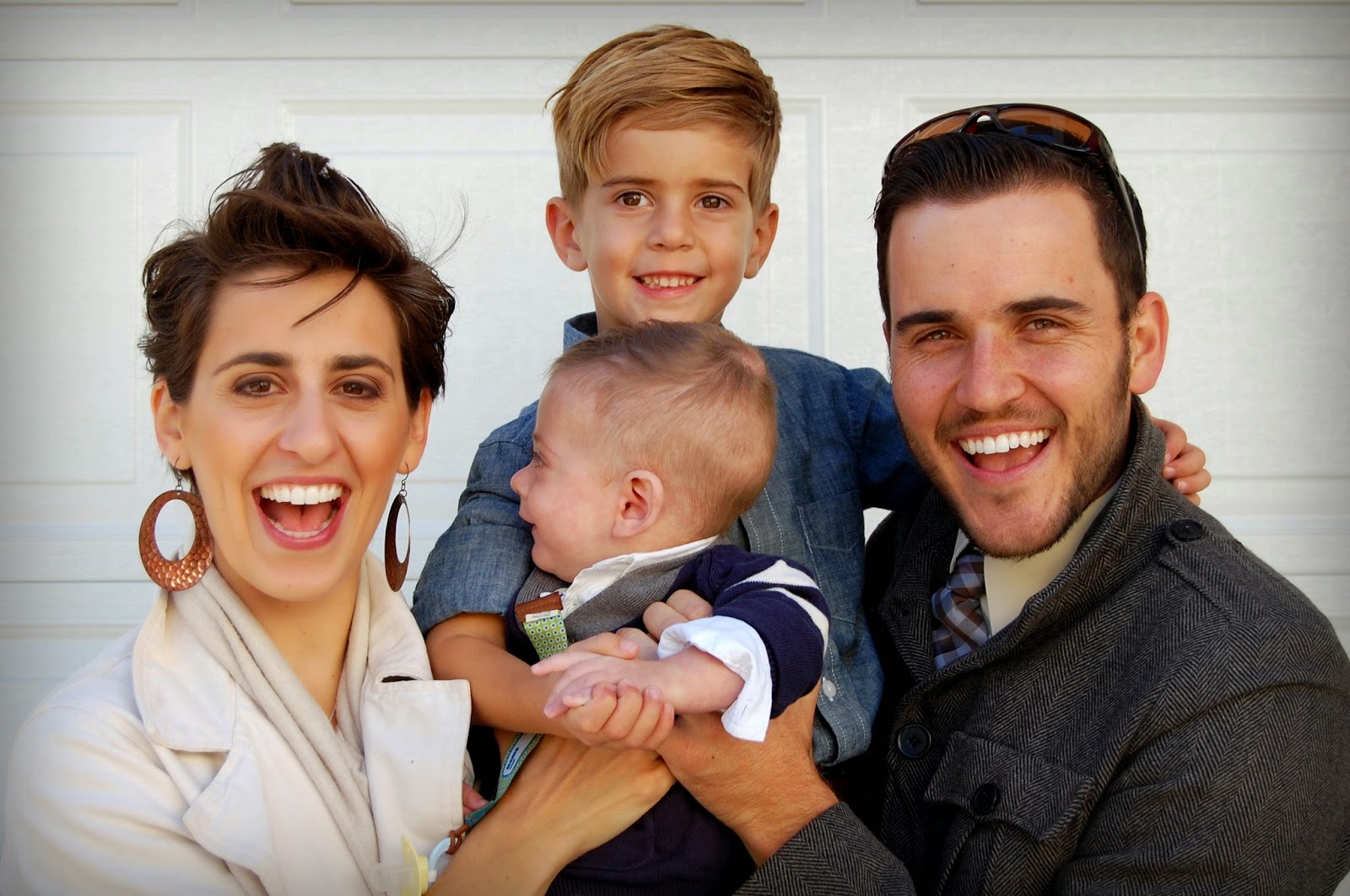 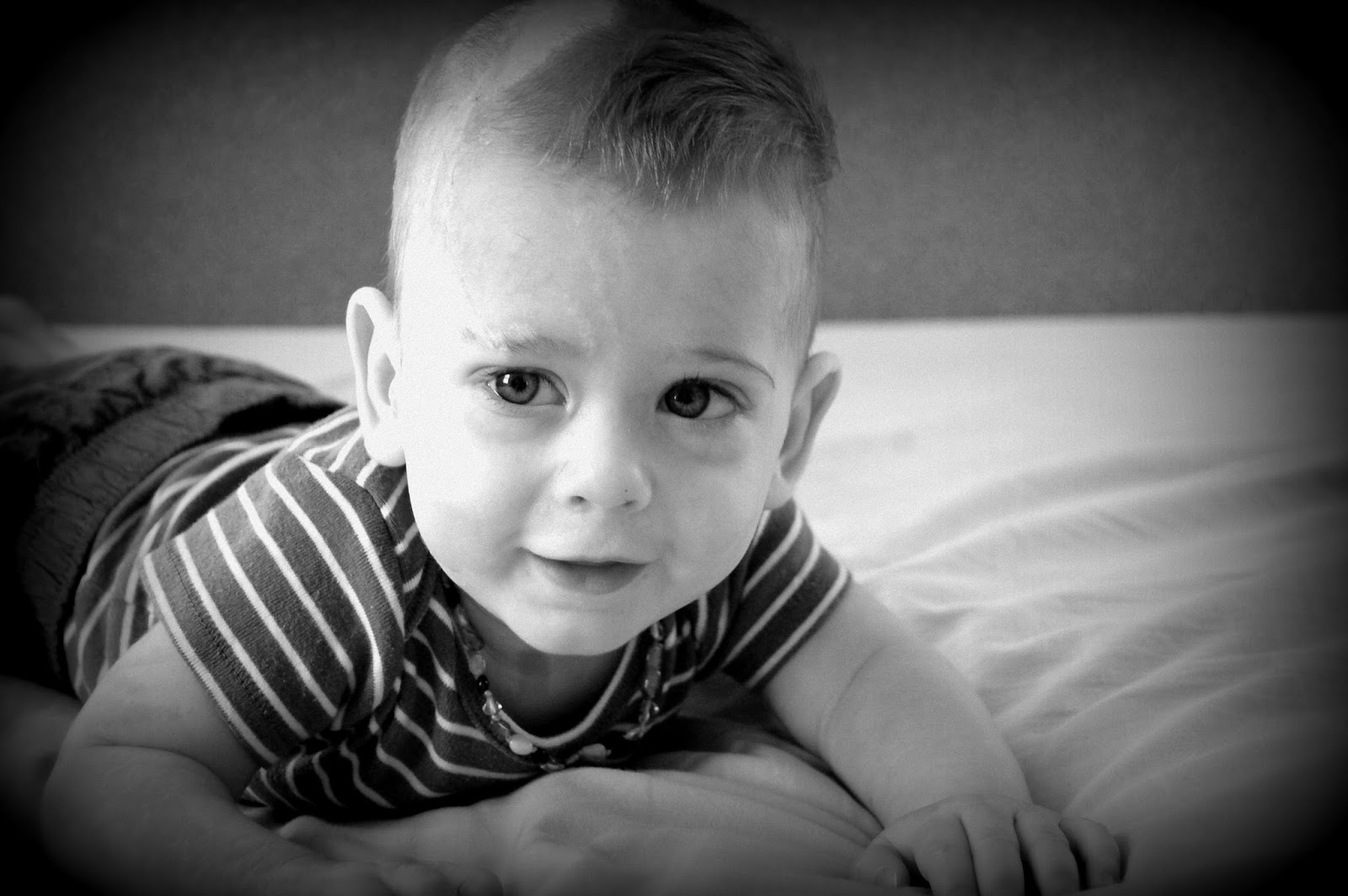 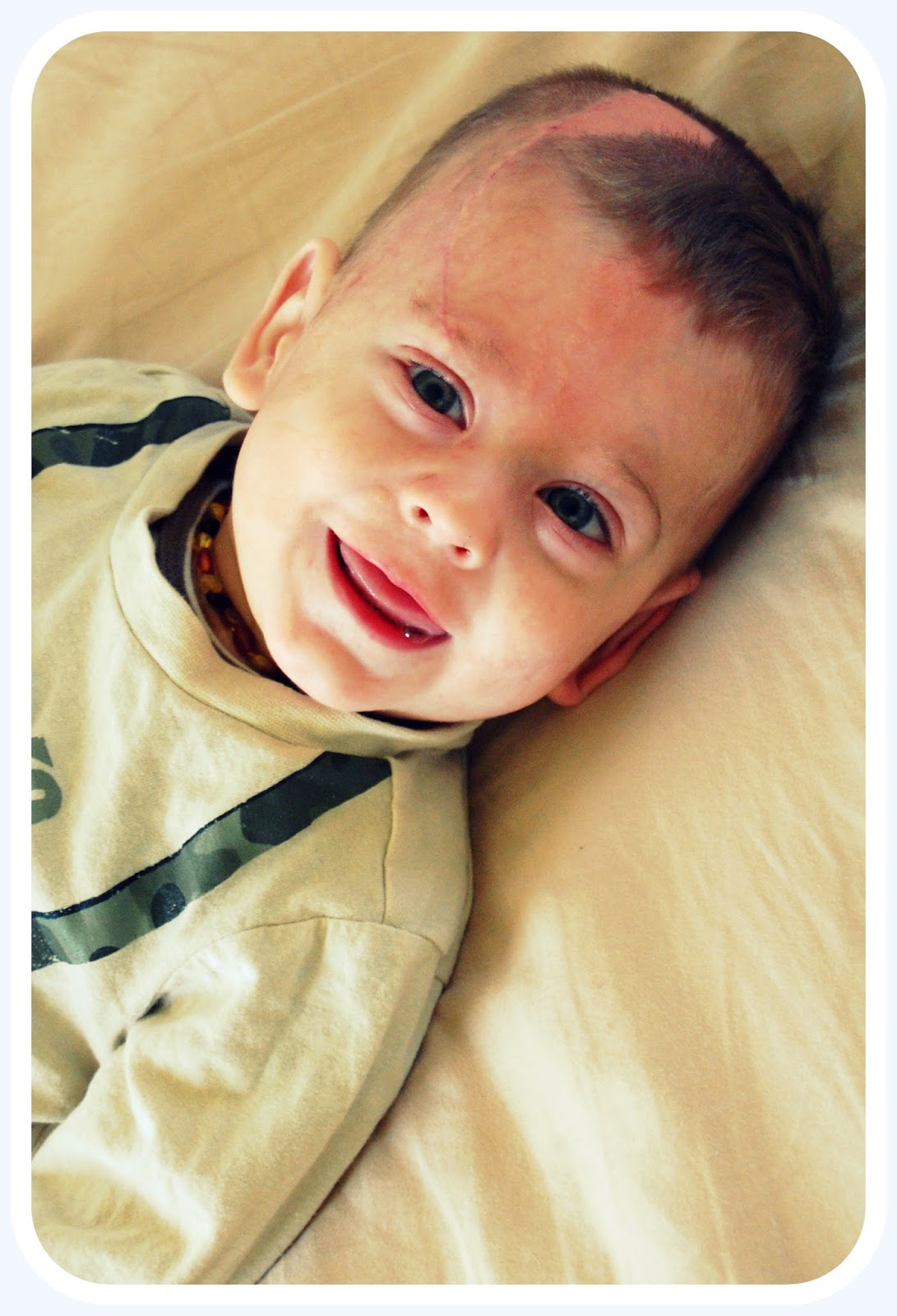 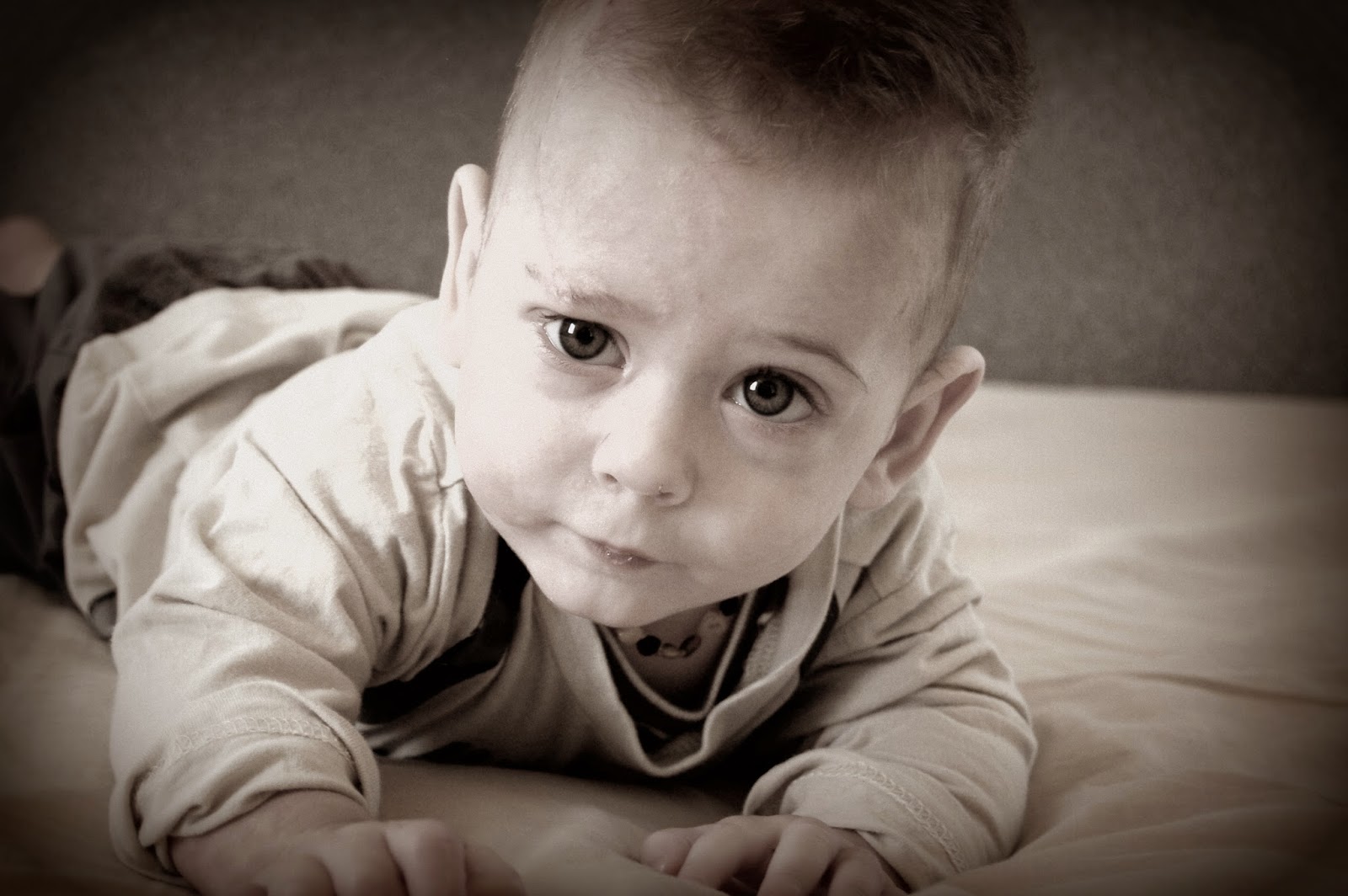 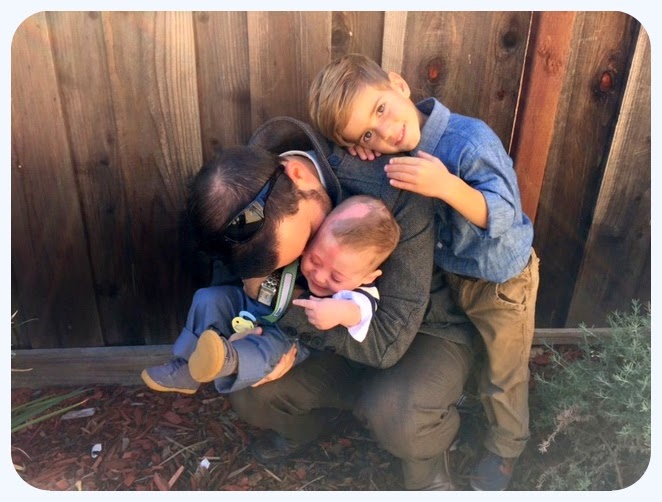