We arrived promptly at UCSF's intake desk at 8:30am this morning. After an hour in the waiting room we were called back to meet with the anesthesiologist, the physician who had the final say as to whether or not surgery was a-go. Multiple specialty doctors came through Zacchaio's pre-op room in an effort to coordinate care; all briefly hesitated at the sound of Zacchaio's barky cough and gurgly breaths. The anesthesiologist listened to his lungs at length, then asked for my sentiments. We jointly agreed... Our little warrior would prevail!

A couple of hours into surgery we received a call from Zacchaio's orthopedic surgeon. An incision was made along his bicep, his muscles were parted, a burr hole was drilled into his humerus bone, and just enough tissue was scraped out to be sent to pathology. Within minutes the preliminary results were in... the right arm lesion was benign!! I can't put into words how it felt. I took a deep breath for the first time in three weeks (when we first learned of the incidental finding). Aidan and Alkaio were in Arizona prepping for Aidan's brother's wedding at the time. The text I sent to Aidan was clear and concise, "NOT CANCER! V! SUDHSPABZM" To which he replied, "Dhsufuwgdid!!!!!!" I knew exactly what he meant.

Zacchaio did very well in surgery and Dr. Hoffman (plastic surgeon) did not encounter anything unexpected. Most of the nevus beginning at Zacchaio's right eyebrow and ending on the top of his head was removed, but Dr. Hoffman was unable to remove it all. With Zacchaio's recent loss of skull, the surgeon couldn't safely stretch his scalp any further due to the detrimental risks associated with tearing the dural layer (membrane that covers the brain) in the problematic area. In the end, 75% of his scalp nevus was removed, as well as his largest cutis aplasia. The remaining area of nevus and cutis aplasia blisters will be removed at a later date at least six months from now.

It may not look like much now, but we hear Dr. Hoffman is world class in his quality of work. The visible purple coating is waterproof DermaBond glue that will fall off in the next ten days. The healing process will be long and require much patience, but I'm eager to see what it looks like by Christmas! 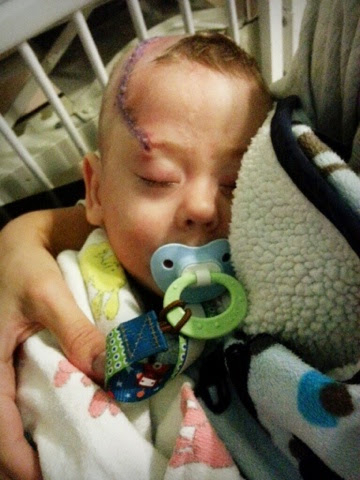 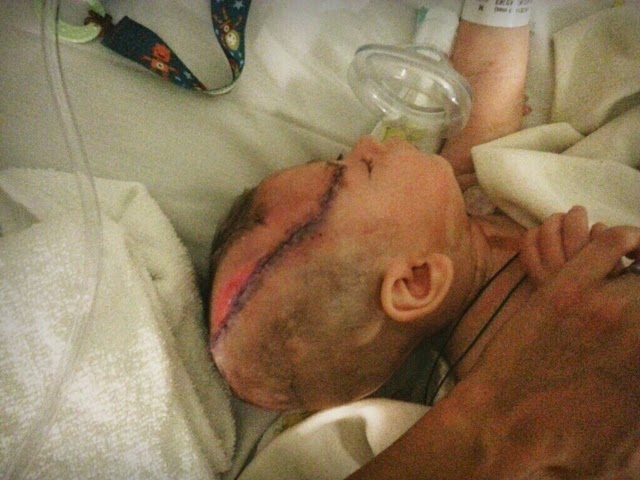 Thank you all for your love, prayers, supportive attitudes, and well-wishes! I read many of your Facebook comments aloud to Zacchaio as he drifted off to the psychedelic lands of Morphine and Fentanyl.

Your faith in our son inspires us... 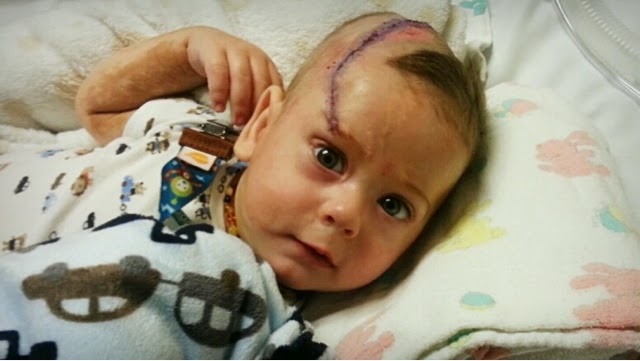